The battle for the Presidency of the US has opened a new front in the virtual realm. U.S. Sen. Barack Obama is the first presidential candidate to include political ads in video games. 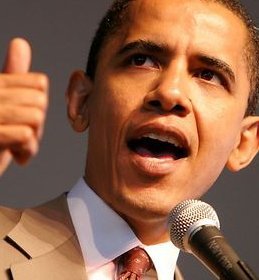 Paradise game. Player racing on the online tracks get to pass near such billboards, which reads: "Early Voting Has Begun. Vote for change."

But Burnout Paradise is not the only game to feature such ads. It seems that Electronic Arts favors the Democrat candidate: pro-Obama ads are featured also in NASCAR 09, NHL 09, NBA Live 08, Need For Speed (Carbon and ProStreet), NFL Tour and Skate.

The video games publisher stated that the current Obama backing is just like any ordinary advertising deal and that EA is eager to cooperate with any other credible candidate.

Getting his message to online gamers was an expected step in Obama’s campaign. Previously, the Democrat candidate has also tried to convice voters via SMS, social networking or blogs.