“Get ready Russia,” tweeted US President Donald Trump on Wednesday, warning that missiles “will be coming” at Syria in retaliation for this weekend’s alleged chemical weapons attack against civilians in Syria. 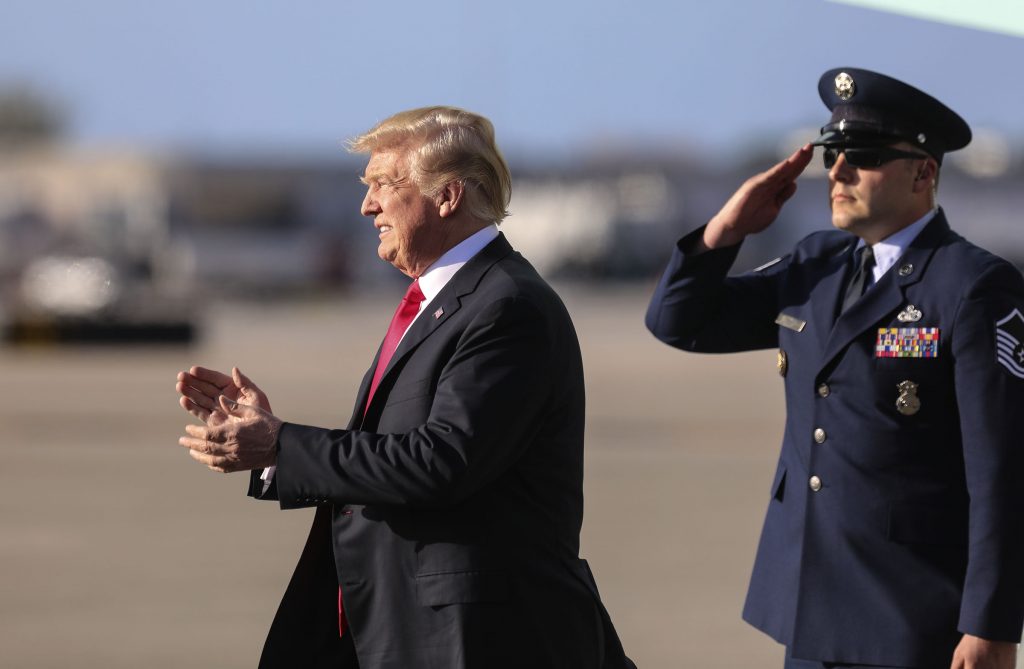 While Russia has vowed to shoot down any missiles fired towards its Syrian ally, Trump’s tweet noted that the US missiles will be “nice and new and ‘smart!'”

“You shouldn’t be partners with a Gas Killing Animal who kills his people and enjoys it,” he wrote, a reference to Syrian President Bashar al-Assad.

The World Health Organization reported that 500 Syrian patients treated after Saturday’s incident in the city of Douma showed signs of suffering from a toxic chemical attack.

Russia’s Foreign Ministry responded to Trump’s threat by saying the US should focus on eliminating internationally recognized terrorist forces in Syria, not the government.

“Smart missiles should fly in the direction of terrorists and not the legitimate government, which for several years has been battling with international terrorism on its territory,” spokeswoman Maria Zakharova wrote on Facebook.

She warned that a US missile strike could destroy evidence of the use of chemical weapons and thus hinder an objective investigation.

Trump said in a second tweet that the US relationship with Russia is “worse now than it has ever been, and that includes the Cold War.”

“There is no reason for this. Russia needs us to help with their economy, something that would be very easy to do, and we need all nations to work together. Stop the arms race?” Trump wrote.

Zakharova agreed with Trump’s call to end the arms race, calling it an “excellent idea,” but she said the US should start by eliminating its own chemical weapons.

The Kremlin chimed in with a quip directed at Trump, saying Russia does not engage in “Twitter diplomacy.”

“We stand for serious approaches. We primarily believe that it is important to not take steps that could damage this fragile situation,” Kremlin spokesman Dmitry Peskov said in comments carried by state news agency TASS.

Meanwhile, Turkey, a NATO member state that has been rebuilding its relations with Russia after a dispute over Syria two and a half years ago, said the US and Russia were acting like they’re in a “street fight.

“What are they doing? They threaten each other by posting tweets,” Turkish Prime Minister Binali Yildirim said in Istanbul. “That’s a street fight. They fight like street bullies.”

The US and Russia should remember, as they compete over claims about who has better rockets, that millions of lives are at stake, he said in comments carried by state news agency Anadolu.

US Defence Secretary James Mattis told reporters that the US military was still assessing the situation.

Asked whether the US was ready to conduct a retaliatory strike, Mattis said: “We stand ready to provide military options if they are appropriate as the president determines.”

Upon the threat of attack, the Syrian military has emptied major bases and airfields around the country and put its forces on full alert, said an independent monitoring group, the Syrian Observatory for Human Rights.

A Syrian Foreign Ministry official accused the US of entering into a reckless escalation of the conflict, Syrian state news agency SANA reported. The US “has sponsored and is still sponsoring terrorism in Syria,” the official said.

SANA quoted al-Assad as saying “we should protect our societies against Western plans that are aimed at weakening and dividing.”

Russia, the main military backer of Syria’s leadership, has called for a thorough investigation into the incident and raised concerns that fighting against the Syrian government could lead to instability in the country.

Alexander Zasypkin, Russia’s ambassador to Lebanon, which neighbours Syria, said in comments carried by the Interfax news agency that Russia would shoot down any US missile launched at Syria and would attack the source of such a launch.