The new AIM 6.5 software has finally been released. Several features have been added, but the AIM Tunes certainly takes the first spot. 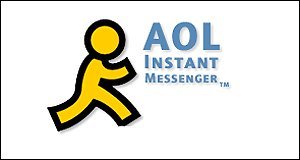 The plugin will allow users to stream non-DRM music that their buddies have added to their playlists and doesn’t require a separate media player download. AOL claims that the feature will fully respect copyright issues of the music industry, but wouldn’t comment any further on the subject.

The TXT Message Mode is another interesting feature, enabling users to send either instant messages to PCs or text message to cell phones. And speaking of cell phones, the update will allow users to perform changes in their AIM Buddy List via text messages, with “send IM,” “change status message,” “view Buddy List,” “add/delete buddy” being only some of the possibilities. The service will be available this week, says AOL.

Last but not least, AOL decided it was time it added status message to its AIM offer, a feature that’s been available on other similar services for several years.

AOL mentioned a bit about its future plans regarding its AIM Profiles social networking platform (which is to be an extension of the buddy info feature) and the Aim Dashboard (a personalized start page that will replace the current AIM Today).

AIM 6.5 can be downloaded from here.